* In case of any delay in receiving the OTP, you may verify it later. Please proceed without verification.

Your mobile number is not registered with us. Please register your mobile no.

Enter your City name or Pincode

Akkalkot is a city in the Solapur district of the state of Maharashtra. It has temples, museums of historical importance and is a hub for visiting other famous tourist spots of Maharashtra like Ajanta Ellora. Read on to find out more about the city.

Akkalkot is a municipal council in the district of Solapur.

During the Bristish rule, the royal Bhonsale dynasty ruled this princely state. Shri Swami Samarth Maharaj, the saint of the 19th century considered as the incarnation of Dattatreya God, was from this place.

The borders of Akkalkot touch Karnataka and Maharashtra.On the west is the district of Solapur and Karnataka is on the other sides of this city. The climate and the soil give crops like bajra, jowar and pulses. Akkalkot is blessed with black soil which is rich in nutrients. Geographically, it falls in the rain shadow area which makes it prone to drought.

63% is the average literacy rate of Akkalkot, which is higher than national average. The city is located on the bank of River Sina on the west. Natural Resources like mineral, oil, gas and fossil fuels are found here.

Business and Economy of Akkalkot

Banking industry is oe of the prominent industries here. It supports the economy of the city to a large extent. There are quite a few milk and sugar mills in the city that also contribute to its economy. 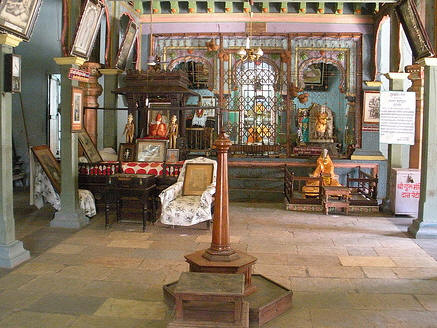 Akkalkot encompasses various temples and maths. There are certain water parks and picnic spots that can be easily reached from the city via road. Here is where you can go site seeing on your visit to Akkalkot. 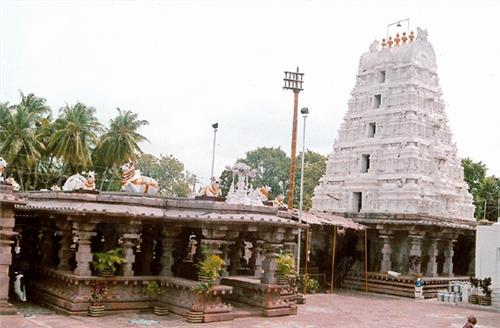 Shri Swami Samarth Maharaj Temple: This temple is situated at a distance of 1.5 km from the MSRTC bus stand. Several pilgrims visit here each year.

Temple of Jagrut Maruti: This one is around 10 km away from the MSRTC bus stand.
Khandoba Temple: The temple dedicated to the Hindu God, Martanda Bhairava is located north to the bus stand. It sees several devotees visiting on Saturdays.

Mallikarjun Temple: Yet another famous temple dedicated to Mallikarjuna Swamy, is also visited by devotees of Lord Shiva from far and wide. It is located between bus stand and Swami Samarth Samadhi Math.

The town also encompasses several maths. These are:
Other places of importance in Akkalkot include Shivpuri, Hatti Tankat, Kashi Vishweshwar, Hydra and Burhanpur. All these places can easily be reached from the bus stand.

Hotels and Restaurants in Akkalkot

The city includes several restaurants that serve mouthwatering cuisines. Read on to know the details:

Besides there are fast food chains like Mcdonalds, Dominos and KFC.

City in One Day

The city is quite small and you can complete the site seeing in a day. The cost spent may vary from Rs. 1500 to 3000 for cab.

You may visit water parks, the picnic spots and resorts on the Akkalkot road. These places make for a good weekend getaway option. These are apt for outing with family as well as friends. Solapur is 2 hours away from Akkalkot and is another option for weekend getaway.

Other Services in Akkalkot

There are quite a few places in the city where you can get various utility as well as luxury items. These are:

The place has good means of transport. You can easily commute from one place to another within the city. It is also well connected to the other parts of the state. Akkalkot Road Station and Tadawal Railway Station on the Solapur - Hubbali line the major transportation hub here. Vijapur, Hubli, Gadag and Bagalkot can be reached from the Tadawal railway station. Chennai mail connects Akkalkot to Gulbarga, Raichur, Mantralayam, Tirupati and Chennai. Udyan express connects Akkalkot to Bangalore. Hyderabad is connected to Akkalkot by the Hyderabad passenger. Mumbai can be reached either through the Udyan express or Chennai Mail. Solapur Airport is the nearest airport to Akkalkot.

Are you a Business Owner?

Add the products or services you offer